Hope your day was filled with love and laughter.

Always remember all of the men and women who mad our country free. 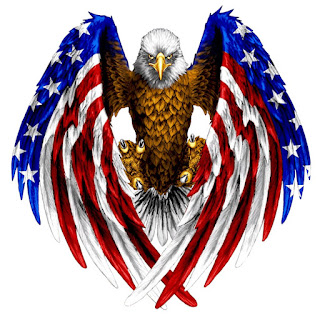 Well it is official now.

We finally got my laptop into a shop to have it looked at, it seems the hard drive was starting to die. Hubs had them pull the hard drive and trash the rest. Having a new hard drive put in + getting everything copied over would have cost as much as the laptop cost new. So there will eventually be a new laptop in my future.

We have been able to down load all the info from it on to our desk top computer. Now I'll begin the task of going through it and getting rid of old info and other stuff I'm no longer interested in.

Will have to reload my Pattern Maker program to see if I can access my old cross stitch patterns. Still have no interest in doing any type of needlework or needlework designing, oh well maybe someday it will come back. The closest I've gotten is sewing and darning socks. ; }

Think I will start going through my needlework supplies and seeing what I want to get rid of, so many threads and fabrics, plus misc stitching stuff. It's amazing just how much stuff I've accumulated over the decades.

Well that's just a bit of what's been going on in my neck of the woods, we're doing good and hope you all are staying safe and healthy.

May you be Blessed and Healthy.

Happy Thanksgiving to everyone who celebrates, and to those of you who don't, I wish you a wonderful day.

Sorry it's a bit late.

We're spending it outside of Lovell Wyoming camping and rockhounding by the river. It's hot, but better than sitting at home.

Just a note to let everyone know that I am still alive and well.

I have very little to no stitching or needlework designing mojo going on, it has been this way for over a year.

My laptop has been down for several months, Windows 10 did one of it's auto updates and then it wouldn't boot back up. Tried a few quick fixes that didn't work, now just waiting to get it into a shop to see if someone else can fix it. Don't know when that will be.

I had to start using the Hubs computer, which doesn't have all the stuff that was on mine, then it got worse. Updated his from Windows XP to Windows 10 and we lost all of our newer bookmarks and photo files. What a mess.

No camping so far this year. The trucking company he works for was sold and with all the new changes and people quitting it has been a nightmare. He has had no time off unless it's been a paid holiday or the weekend.

We went rock hounding in Wyoming but it was so windy with blowing sand (I felt like I was in a sandblaster) and hot I forgot to take any pictures.

So if you want to see a bit of what we've been up to lately, stop by his YouTube and check out the new videos he's posted. Link's in the sidebar.

Sandy In Montana
I live in a small town in Montana with my hubs, I love different types of Needlework & sewing, camping, day trippin & just hanging with the hubs. 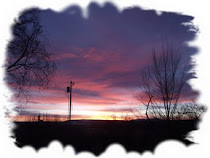 Wanderer's to the Cabin

Places I Wander To