Here's our first trip to the Big Horn Mountains for this year.

It was a new spot for us, our usual spot was destroyed when they decided to level everything out by bringing out truck loads of slide dirt. Ruined the spot and the dirt could have been put to better use on some of the really ruff roads in the mountains.

It was a nice enough spot with a pretty view, 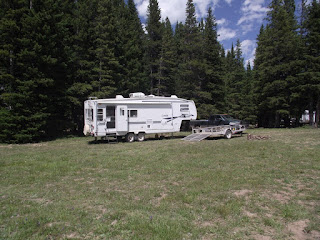 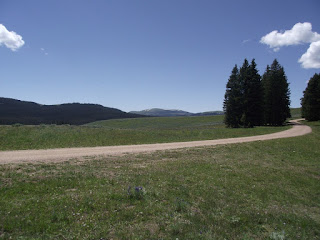 every day brought horses & deer through the camp, which was nice,

but it also brought COWS.
Big black, rubbing up against everything, tearing apart the fire pit (looking for salt in the wood ash), crapping everywhere COWS. 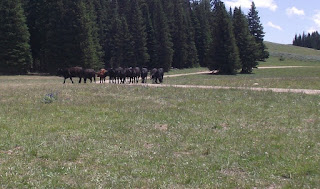 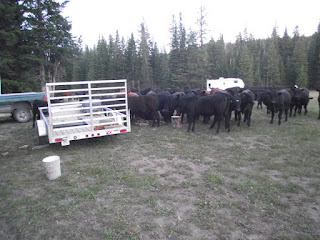 Here they are at the fire pit, had to keep our solar panels in the flatbed trailer so they didn't get trampled and the wires semi buried so they didn't get pulled on.
We had to chase them off a couple of times when we felt the 5th wheel shaking from them trying to scratch themselves on it. Once at around 9-10 pm and we were woken up once from the same thing. Because of the cows we most likely won't choose this area again.
It was great when the people parked behind our spot showed up, their daughter (maybe 7) was like a mini wrangler getting on her tiny dirt bike and chasing them off, all the while yelling yah, yah, and her little brother (maybe 5) running behind doing the same. That was just too cute and gave us a few chuckles. The parents were always right behind them keeping an eye out.
Some other campers showed up and one of their dogs would do the wrangling when he wasn't caught and stopped by his owner.
There were a couple of old log cabins in the valley and an old gold mining area. 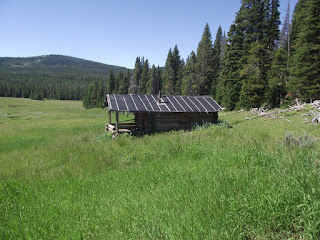 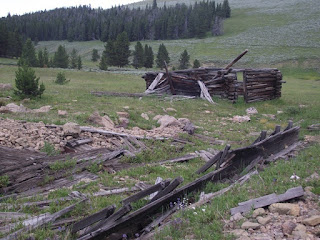 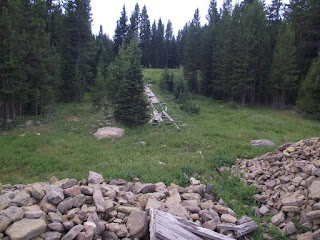 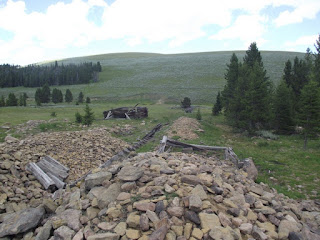 That's all from this trip, only three more trips to post about.
Take Care & Stay Safe Everyone
Hugs, Sandy
Jotted Down By: Sandy Longan-Miller at 10:00 AM

Thank you for stopping by and taking the time to leave your thoughts behind. They are truly appreciated and help keep me motivated to continue doing the things I love.

Sandy Longan-Miller
I live in a small town in Montana with my hubs, I love different types of Needlework & sewing, camping, day trippin & just hanging with the hubs.

Wander to the Cabin via email

Wanderer's to the Cabin

Places I Wander To